We’re delighted to announce SP author Kari Kilgore is in a new StoryBundle! We’ll let Kari explain, and talk a bit about writing Independent by Means of Magic:

I couldn’t be happier to see my Victorian Era crime fantasy novel Independent by Means of Magic included in the Getting Justice StoryBundle, partly because of the unusual way this story took shape in the writing engine inside my head. I had to give myself time to find the story in this case, and finding the eventual title was a journey all by itself.

There are nine other fantastic books by some of my favorite writers in this bundle, all with their own unique focus on justice and how to get it. And you can get all the ebooks at a great bargain, but check it out before time runs out!

Way back sometime in the summer of 2015, I woke up with the words Clockwork Voodoo in my mind. I can’t remember any specific dreams, or what I might have been reading or thinking about the day before. Only those two words, clear and sharp and demanding my attention.

So of course I did the only thing that made sense. I decided to write a story with that as the title.

I’ve had a few stories take shape from dreams before, so the idea wasn’t too unusual for me. My geeky love story Intentions got its start from a dream of one writer showing a bunch of newer writers some kind of magic gadget. The story took quite a different shape as mine often do in the writing, but the seed of that original idea is still there.

My second published novel The Dream Thief had a similar origin around the same time, from a dream I sadly can’t remember now. But I do remember how that title stayed with me. That one stayed a lot closer to the title even as it flung itself and me into quite the gaslamp and steampunk adventure through an alternate world I’ll definitely be returning to at some point. There is indeed a dream thief in the novel, along with the closest I’ve ever had to a character named after myself.

One of the nastier villains I’ve ever had the pleasure of meeting on the page, too.

Going much further back, all the way to sometime in the Nineties, another dream inspired what I thought was going to be a play at the time. That really was the first hint of how much I love to write dialog, because that was the way the characters told me the beginning of the tale.

Jump forward to 2015, and I decided to finally write that story seed into a proper novel. In this case, the whole thing transformed and grew so much I can only point to one brief scene that resembles the original dream. It also turned into not one novel, but my whole Storms of Future Past series with three novels, two novellas, and several short stories with more to come.

Someday I’d still like to write the original story the dream inspired and see how that turns out!

Getting back to Clockwork Voodoo, I decided to dive into Victorian London. Partly because I’d read about the popularity of tiny little windup toys during that time. They enjoyed all kinds of clockwork creations, and it occurred to me how much fun it would be to use those as “innocent” gifts in the story.

The sort of gifts that often aren’t meant in an affectionate manner. 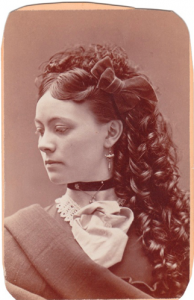 Somewhere I’d also stumbled across a photo of a young woman from the Victorian Era. I wish I could link to where I found her, and of course I have no idea what her name really was. Something about her face—young and beautiful, likely wealthy, but in no way happy or relaxed to my eye—worked its way into my mind.

I wasn’t quite sure what Victoria was going to get up to, but I suspected she’d run the risk of upsetting or even hurting people with her magic and machinations. So of course a London detective showed up next, with a grumpy attitude I didn’t yet understand. Rob McDuff brought a satisfying opposition for Victoria, along with the possibility of decidedly mixed feelings.

Once I had those two firmly in mind and set on their collision course, this was a novel that nearly wrote itself. We pirouetted and rampaged through upper class London, the seedier side of town, the shipping industry, the Catholic Church, and the Victorian prison system before it was all said and done.

The research itself was a delight, and I hope my enjoyment of that side of things comes through loud and clear in the writing.

But the best part was how much I simply got to make up as I went along. Creating a magic system, even with a subtle basis in reality, was more fun that I should have been allowed to have without supervision.

In fact, I’m in the middle of doing the same thing in a new series called Misfortune and Magic right now. I only came up with the title for that series and for the first two novels after finishing the second one and writing several short stories in that world. I usually don’t have anywhere near that much trouble with such things.

But I did one other time.

The problem with the novel inspired by the words Clockwork Voodoo and the sequel I wrote right after was that title no longer fit. At all. So I had a bit of a scramble coming up with the title for the series and both novels.

Both Independent by Means of Magic and Protected by Means of Magic suit the stories much better than Clockwork Voodoo ever could have. And the series name The Odd Society captures the wonderful found family relationships at the core of the whole thing.

That’s one of the many reasons why it’s important not to get too settled on titles, either before, during, or after writing. In this case, those two words sparked the writing engine inside my head, then burned out and stepped aside for something better.

As long as I continue to have the courage to let my ideas be less precious and more plentiful, and titles be the flexible and changeable beasts they sometimes want to be, I’ll be a long way down the road to keeping up with this crazy writing game.

If that’s got you curious, and wondering about the other fascinating titles in the Getting Justice StoryBundle, head on over and grab Independent by Means of Magic along with all the other fabulous stories. And please consider making a donation to AbleGamers if you can. They’re doing fantastic and vital work building connections and community, something we can definitely use more of.

But don’t wait too long. This bundle will disappear before you know it. 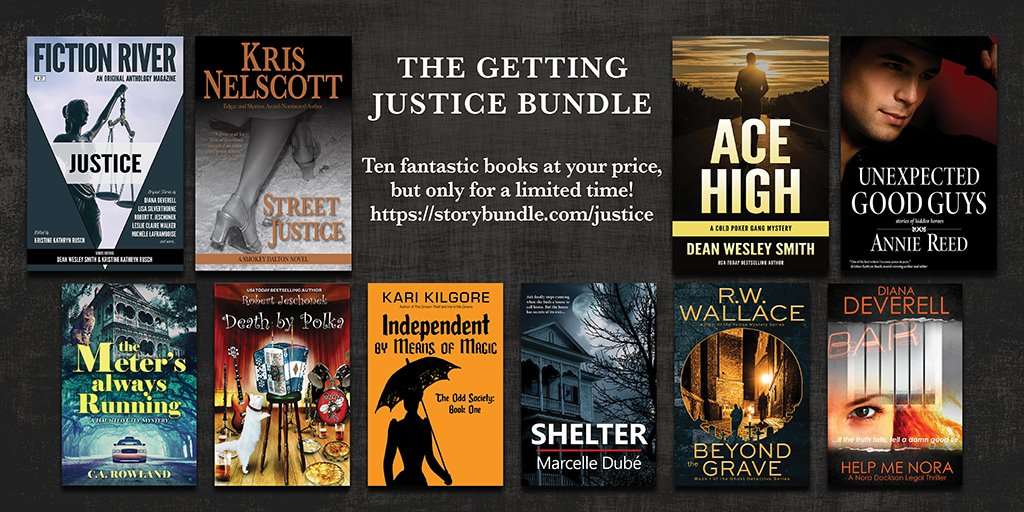